Visiting Filming Locations of "The Imaginarium of Doctor Parnassus" (2009) in London, England, UK 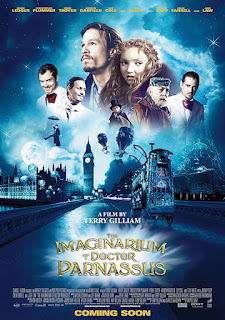 The film follows a travelling theatre troupe whose leader, having made a bet with the Devil, takes audience members through a magical mirror to explore their imaginations and present them with a choice between self-fulfilling enlightenment or gratifying ignorance.

Ledger's death one-third of the way through filming caused production to be temporarily suspended. Ledger's role was recast with Johnny Depp, Jude Law, and Colin Farrell portraying transformations of Ledger's character as he travels through a dream world. -Wikipedia 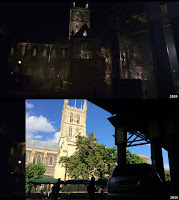 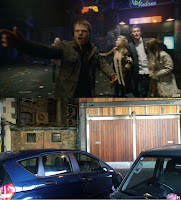 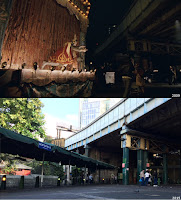 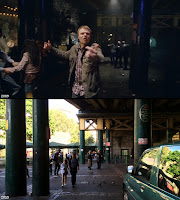 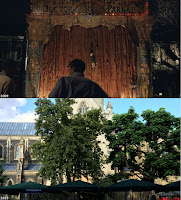 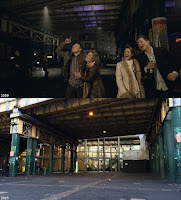 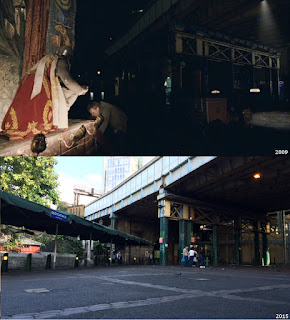 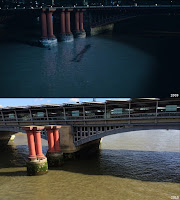 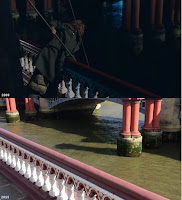 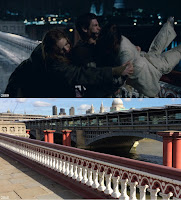 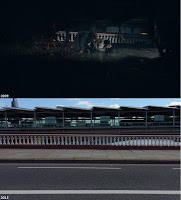 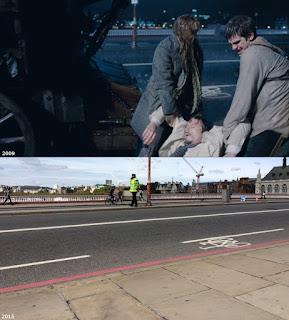 Blackfriars Bridge
Posted by Jarno Mahlberg at 4:57 AM