Visiting Filming Locations of "Harry Potter and the Chamber of Secrets" (2002) in London, England, UK

Directed by Chris Columbus
Produced by David Heyman
Screenplay by Steve Kloves
Based on Harry Potter and the Chamber of Secrets by J. K. Rowling
Starring Daniel Radcliffe, Rupert Grint and Emma Watson

The story follows Harry Potter's second year at Hogwarts as the Heir of Salazar Slytherin opens the Chamber of Secrets, unleashing a monster that petrifies the school's denizens. -Wikipedia 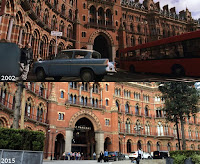 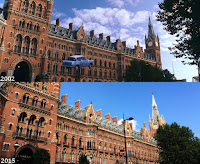 St. Pancras
Posted by Jarno Mahlberg at 4:30 AM