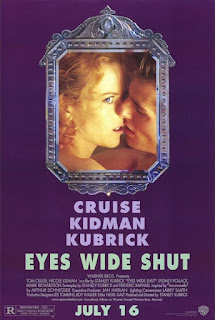 
The film was mostly shot in the United Kingdom (aside from some exterior establishing shots), and included a detailed recreation of some exterior Greenwich Village street scenes at Pinewood Studios. The film spent a long time in production, and holds the Guinness World Record for the longest continuous film shoot period, at 400 days. -Wikipedia 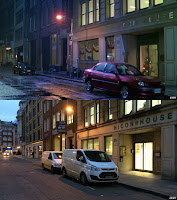 Dr. Bill is stalked by a sinister man as he walks along Hatton Garden, where New York-style payphones were installed between numbers 32 and 38. 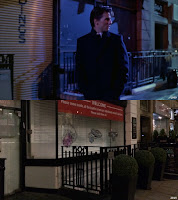 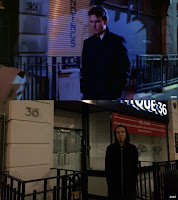 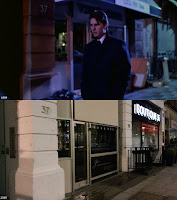 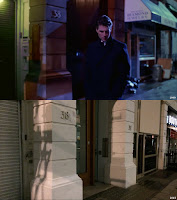 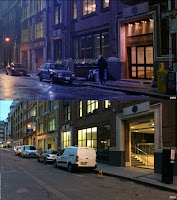 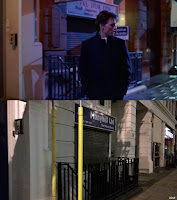 The stalker, who appears to be across the street, is actually on Worship Street. 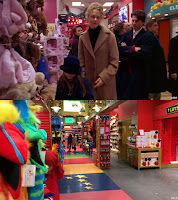 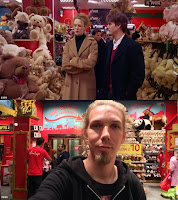 source: movie-locations.com
Posted by Jarno Mahlberg at 6:25 AM