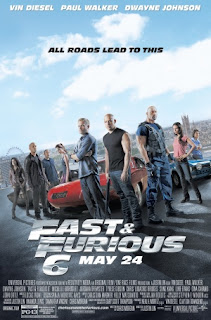 Fast & Furious 6 follows a professional criminal gang led by Dominic Toretto (Diesel) who have retired following their successful heist in Fast Five (2011), but remain wanted fugitives. U.S. Diplomatic Security Service (DSS) agent Luke Hobbs (Johnson) offers to clear the group's criminal records and allow them to return home in exchange for helping him to take down a skilled mercenary organization led by Owen Shaw (Evans), one member of which is Toretto's presumed-dead lover Letty Ortiz (Rodriguez).

Film was in development by February 2010 as the first film in the series to move away from the underground car-racing theme of the series' previous films which was considered to have placed a barrier on audience numbers. Pre-production had begun by April 2011, and principal photography began in London, England in July 2012. Filming locations also included the Canary Islands, Glasgow, and Los Angeles. -Wikipedia 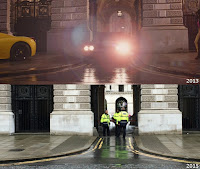 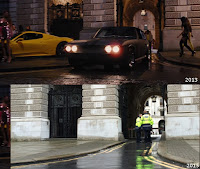 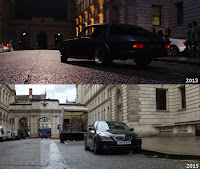 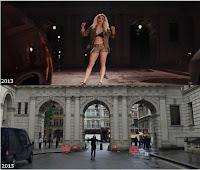 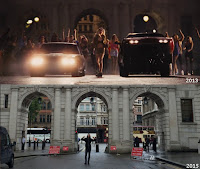 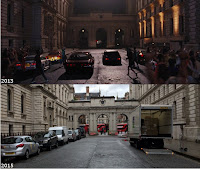 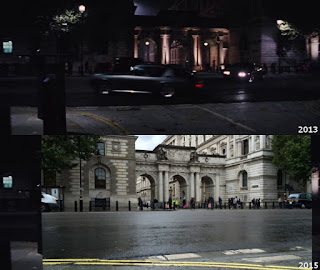 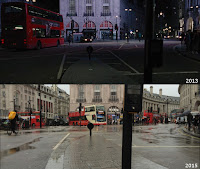 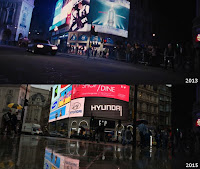 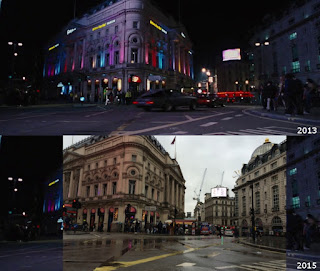 Piccadilly Circus
Posted by Jarno Mahlberg at 5:06 AM