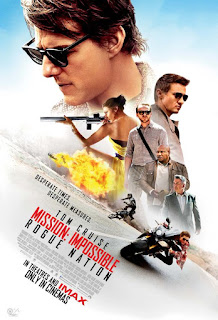 In the film, IMF agent Ethan Hunt (Cruise) is on the run from the CIA, following the IMF's disbandment as he tries to prove the existence of the Syndicate, an international criminal consortium. -Wikipedia 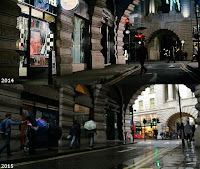 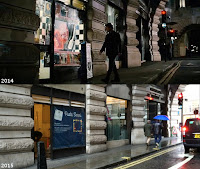 The vinyl store is sadly just an invention. In reality it was a dry cleaning business, Classi Clean, 5 Air Street, now gone. 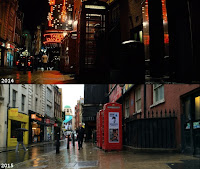 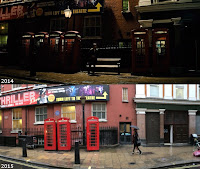 Hunt phones the IMF organisation from one of those very boxes on Great Windmill Street off Shaftesbury Avenue. The boxes are real, but there's some set dressing. 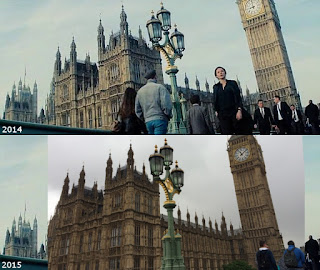 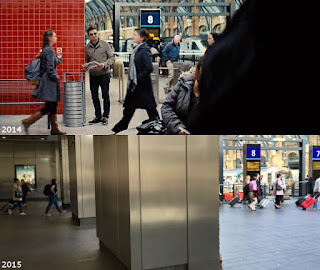 King’s Cross Station, where the IMF team meets up with Ilsa and where Benji gets abducted. The open, and very empty, concourse in front of platforms 4 to 8 was disguised with plenty of set dressing, and little of what you can see exists apart from the trains. This is what I could figure out. 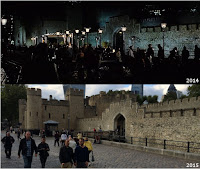 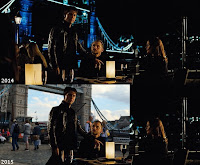 The return of Benji is staged at a terrace restaurant on the Thames riverside in front of the Tower of London, and in the shadow of the Victorian Gothic Tower Bridge. 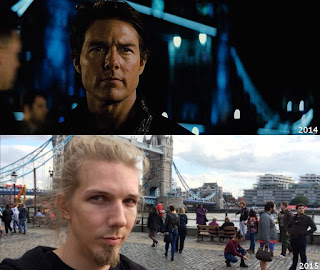 Source: movie-locations.com
Posted by Jarno Mahlberg at 5:57 AM