Gangs of New York is a 2002 American epic historical drama film set in the mid-19th century in the Five Points district of Lower Manhattan.
Most of the film takes place in 1862. The two principal issues of the era in New York were Irish immigration to the city and the ongoing Civil War. The story follows Bill "the Butcher" Cutting (Daniel Day-Lewis) in his roles as crime boss and political kingmaker under the helm of "Boss" Tweed (Jim Broadbent). The film culminates in a violent confrontation between Cutting and his mob with protagonist Amsterdam Vallon (Leonardo DiCaprio) and his allies, which coincides with the New York Draft Riots of 1863.


The production was filmed at the Cinecittà Studios in Rome, Italy, where sets were produced to create 19th-century New York. Production designer Dante Ferretti recreated over a mile of mid-nineteenth century buildings, consisting of a five-block area of Lower Manhattan, including the Five Points slum, a section of the East River waterfront and two full-sized sailing ships, a thirty-building stretch of lower Broadway, a patrician mansion, and replicas of Tammany Hall, a church, a saloon, a Chinese theater, and a gambling casino. For the Five Points, Ferretti recreated George Catlin's painting of the area. When George Lucas visited the massive set, he reportedly turned to Scorsese and said, "Sets like that can be done with computers now."
- Wikipedia 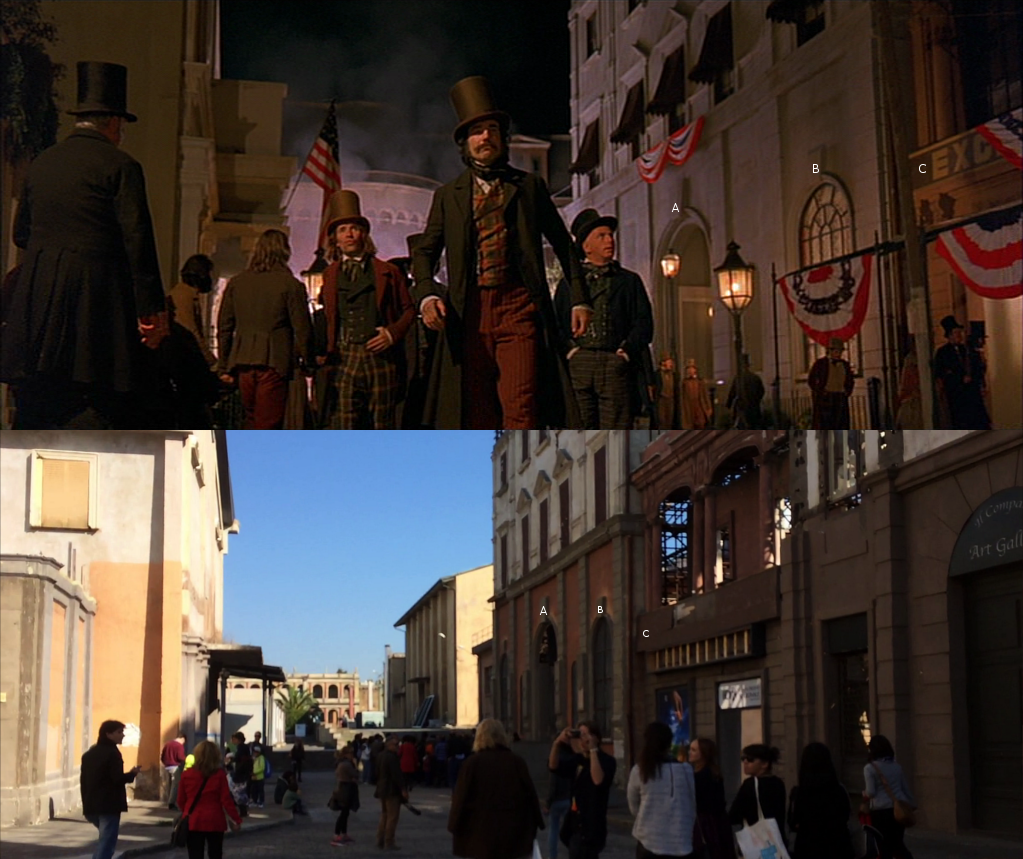 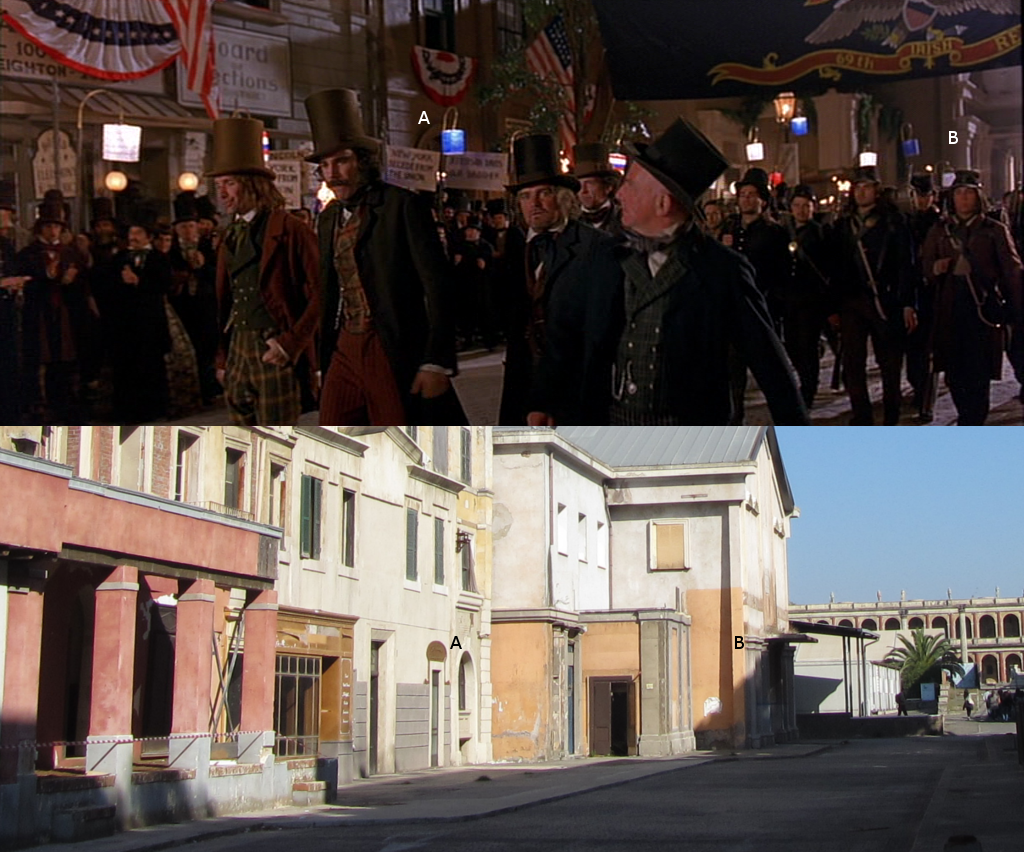 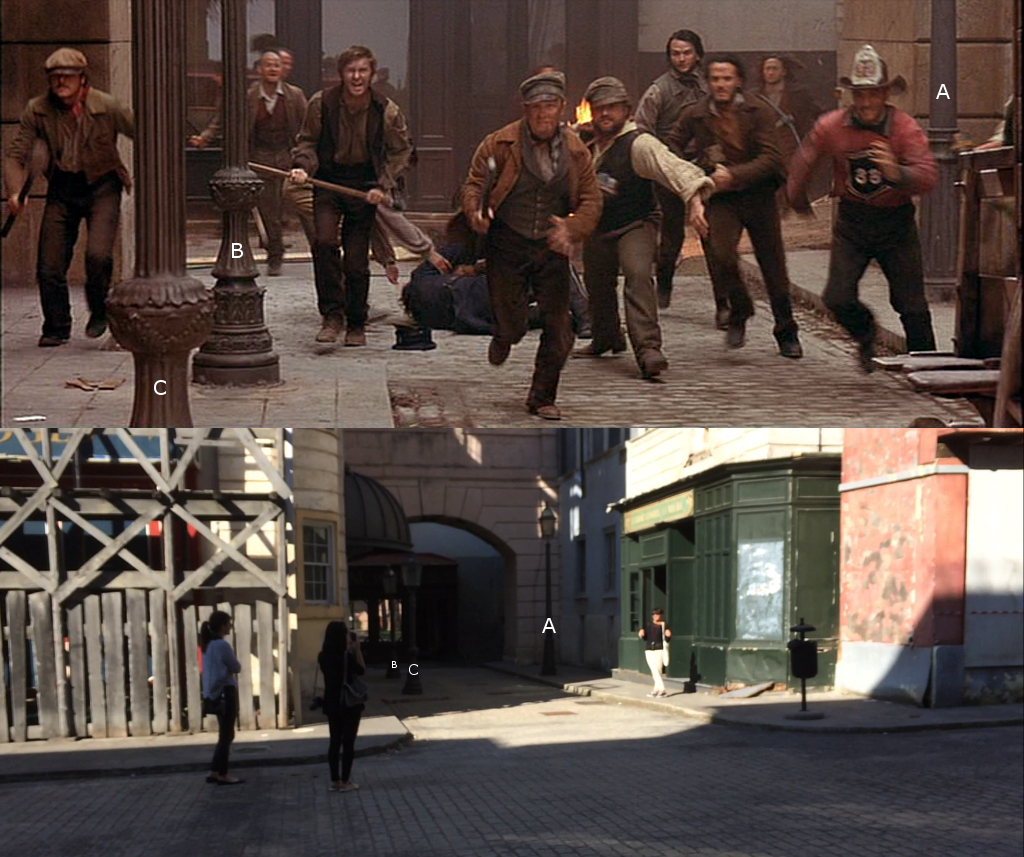 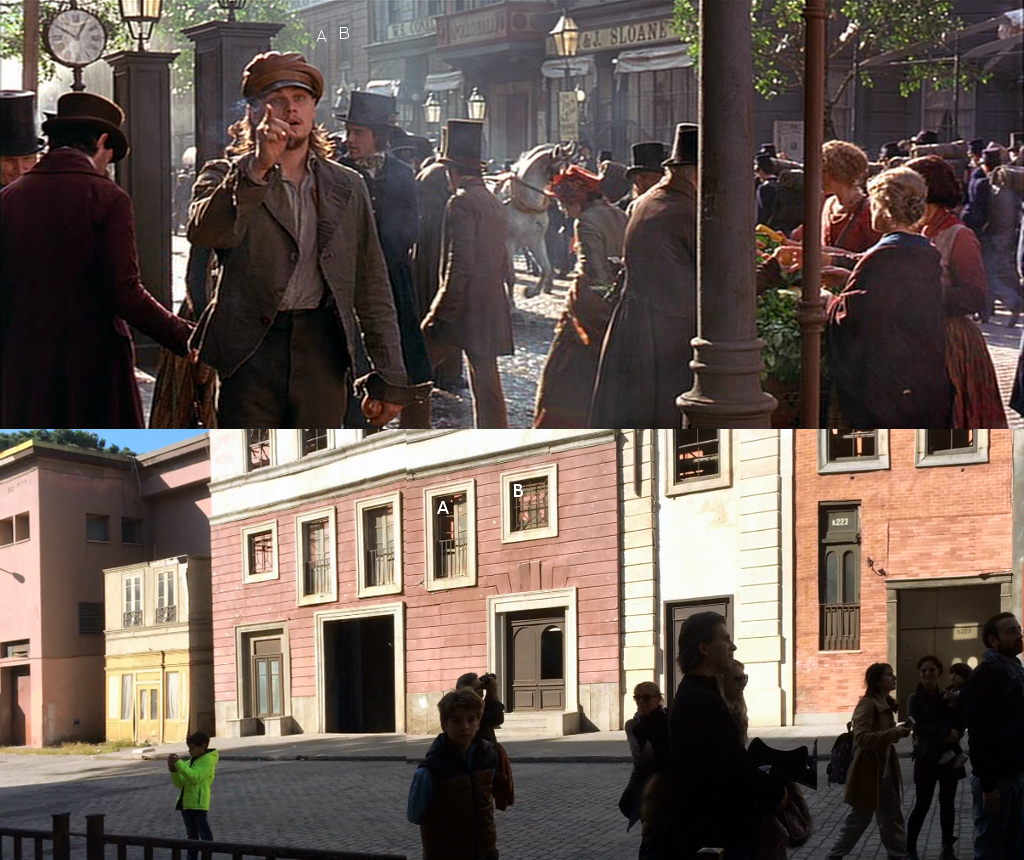 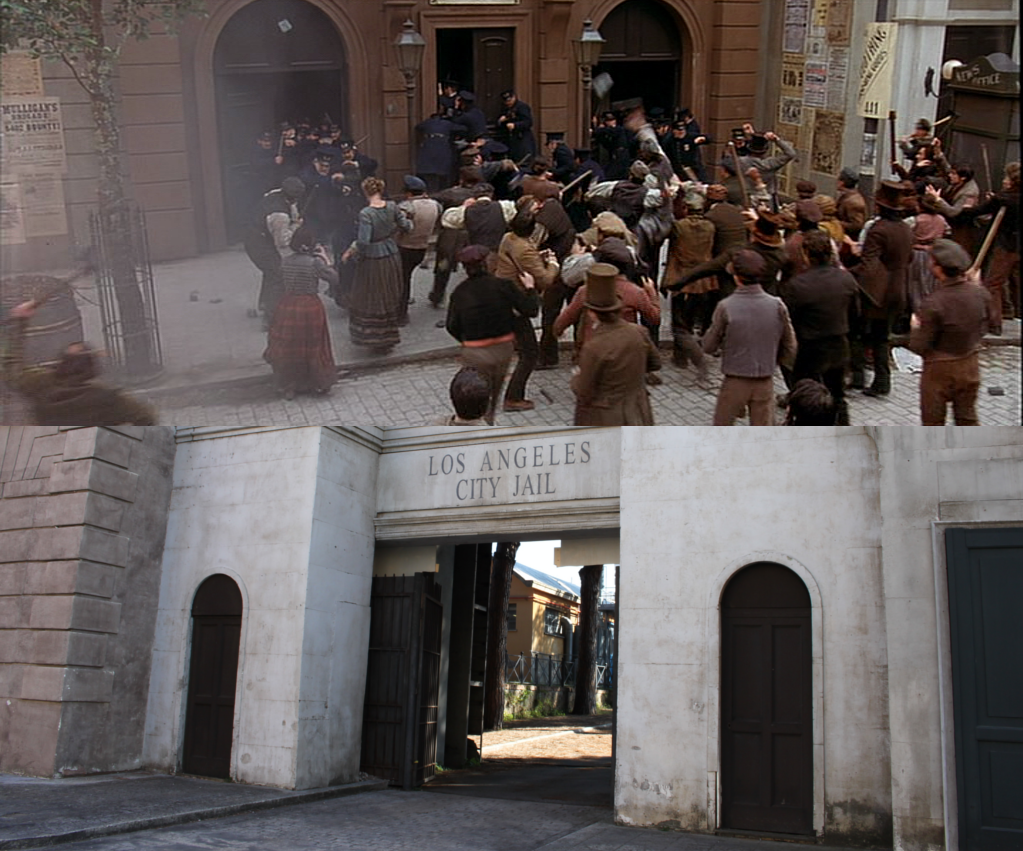 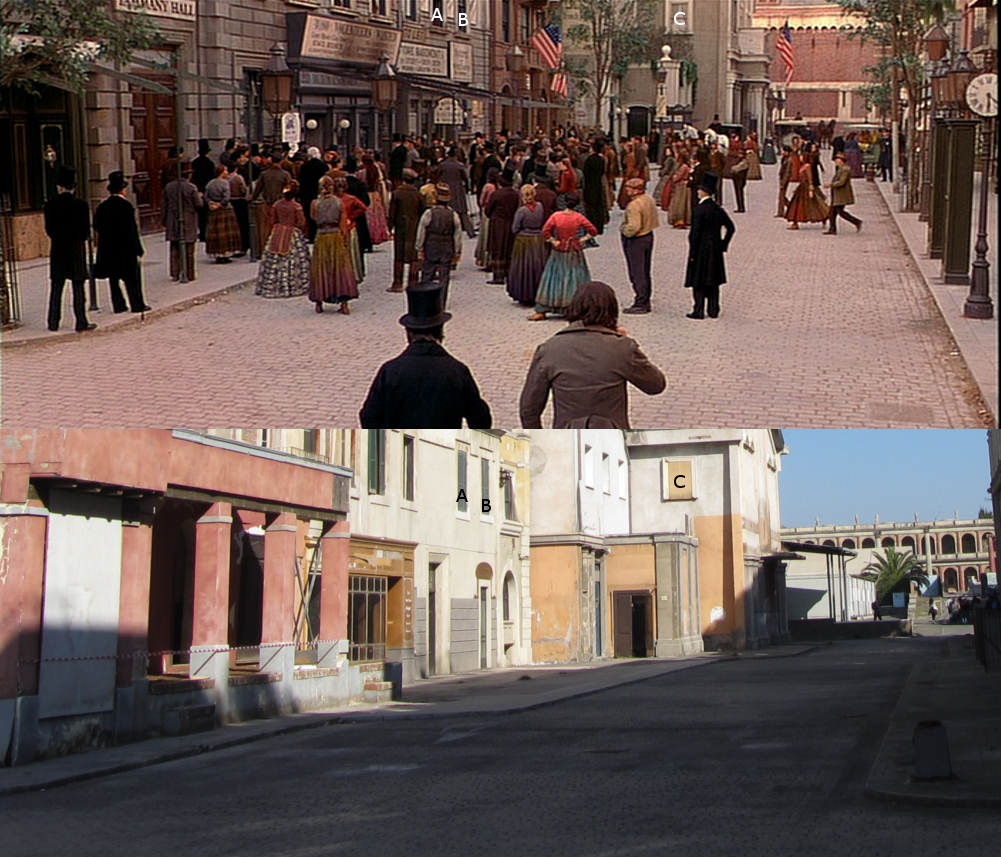 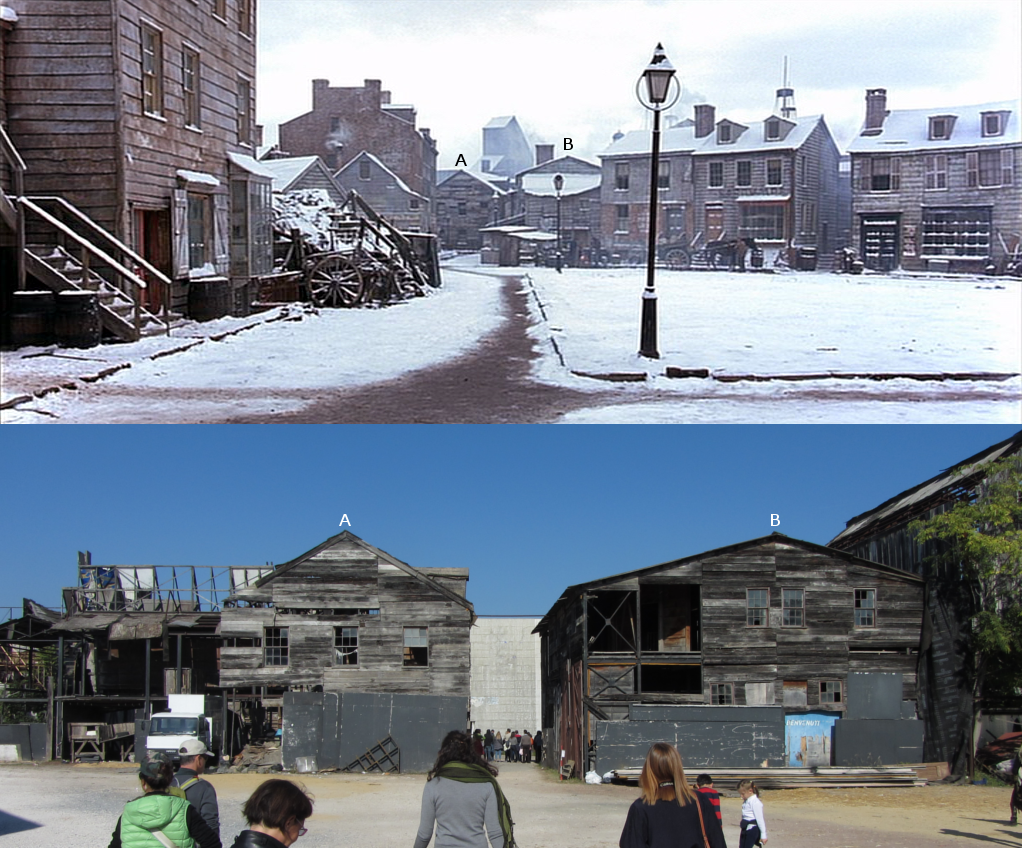 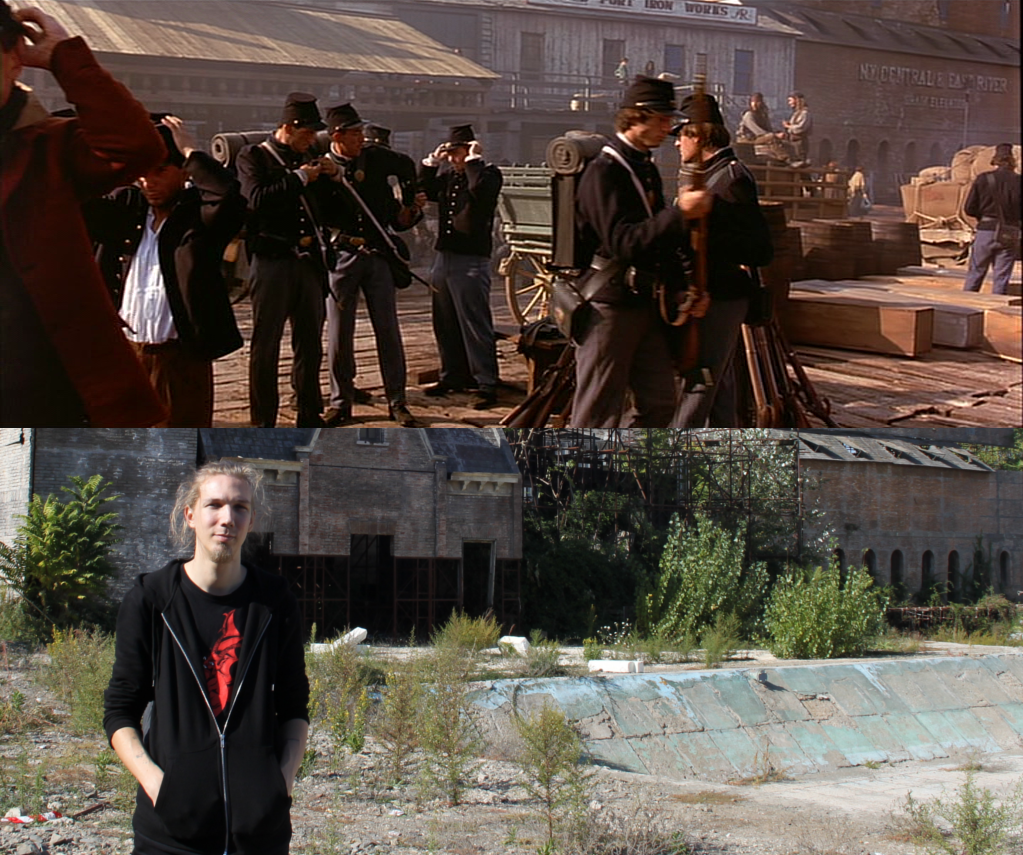 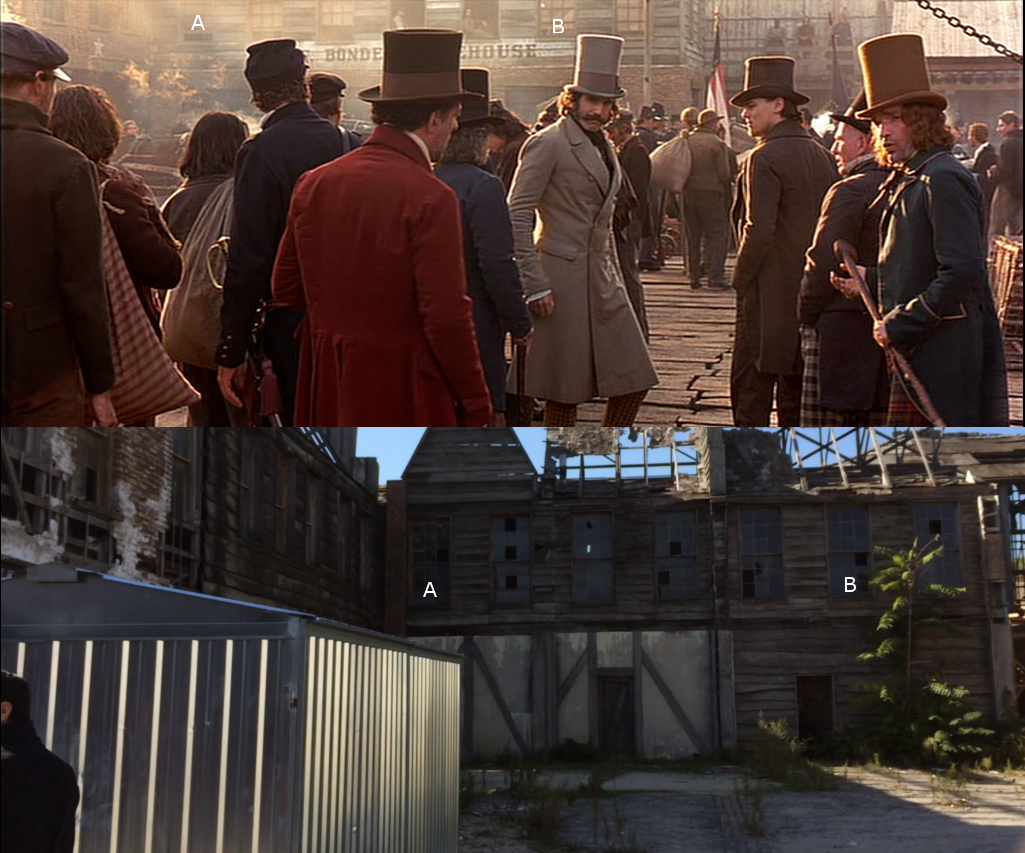 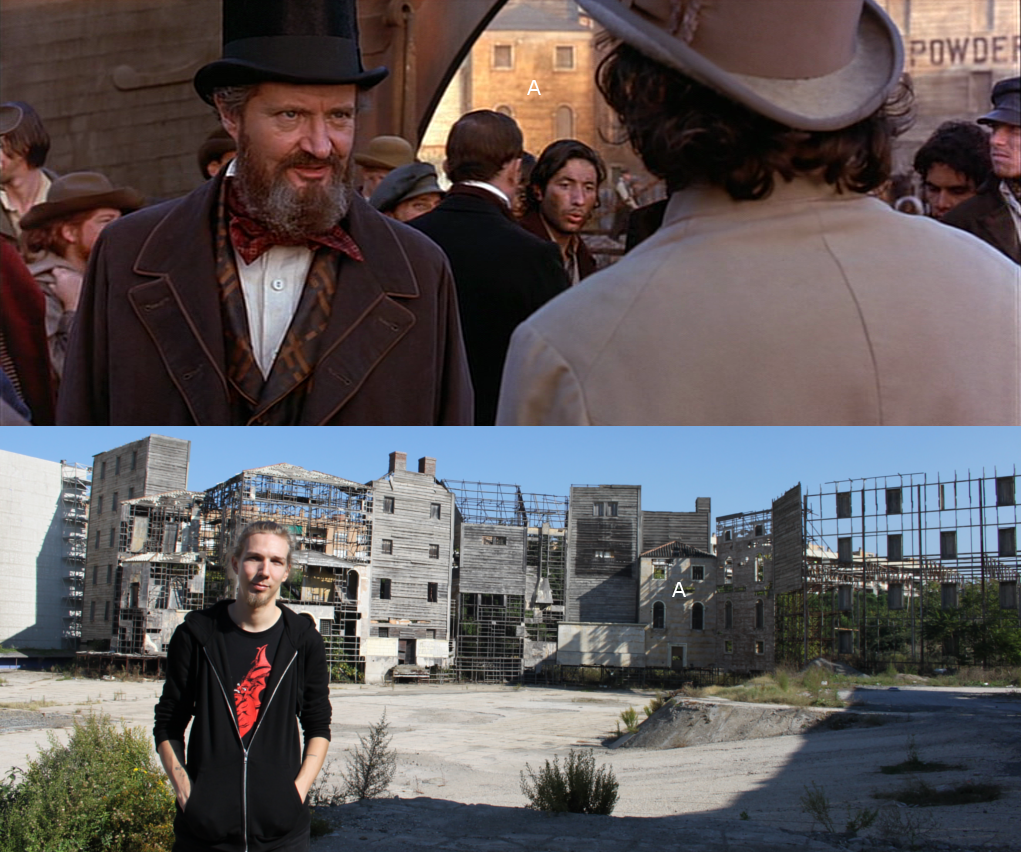 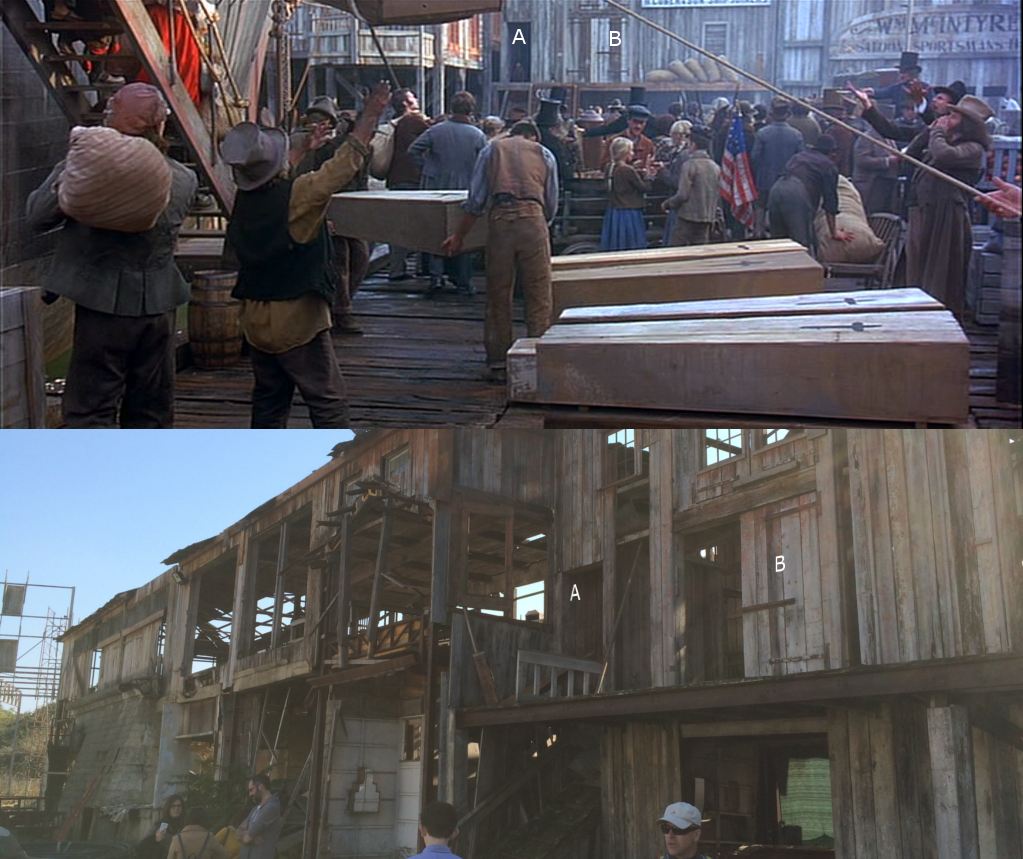 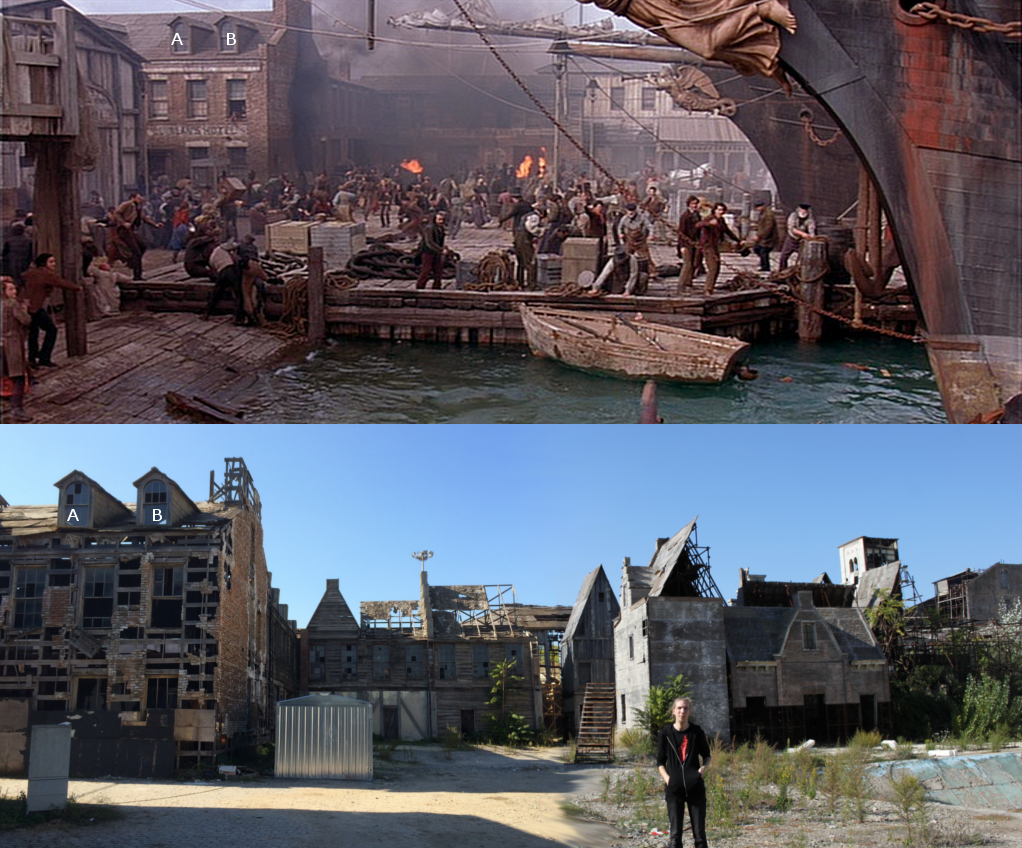 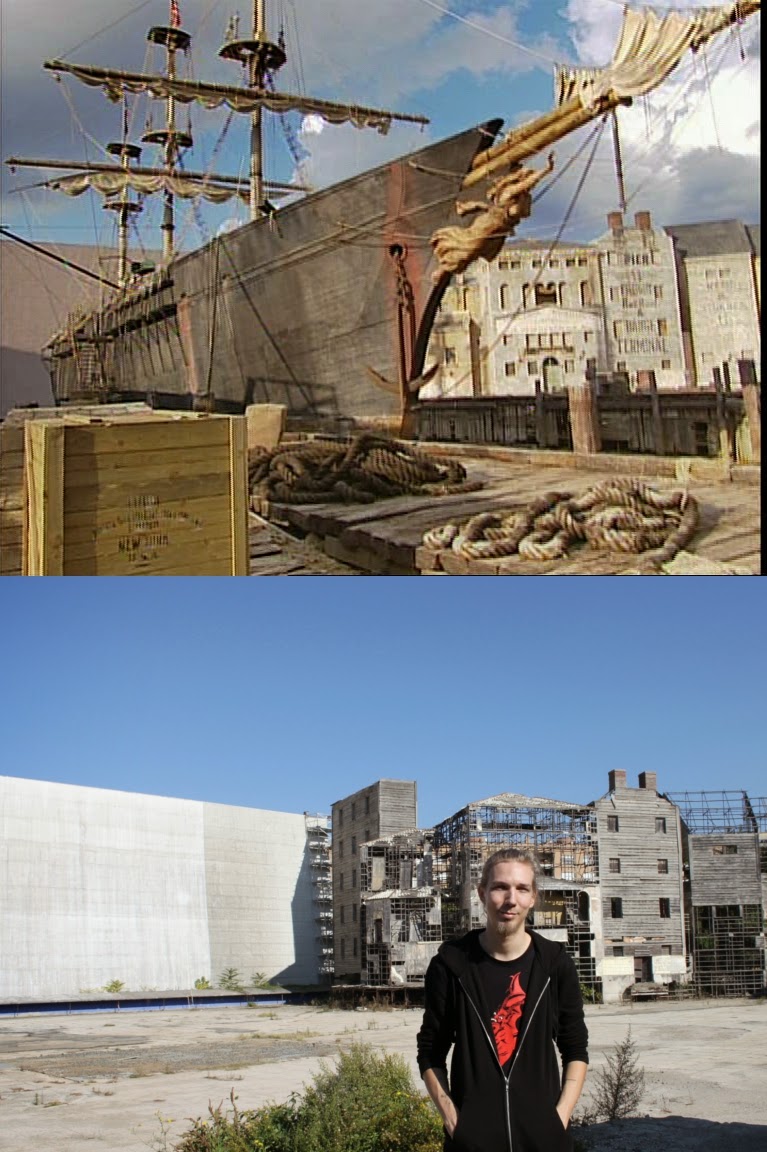 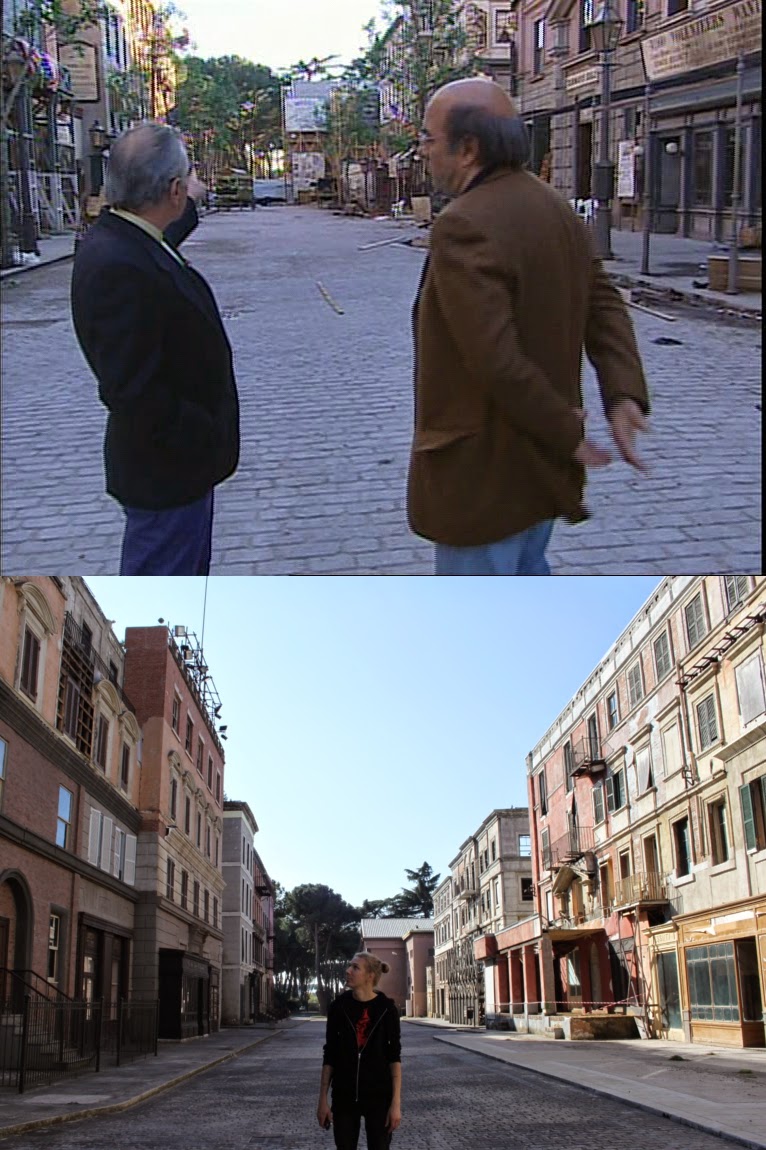 Exploring the sets with Martin Scorsese and Dante Ferretti

Posted by Jarno Mahlberg at 4:57 AM