Visiting Filming Locations of "A View to a Kill" (1985) in Paris, France 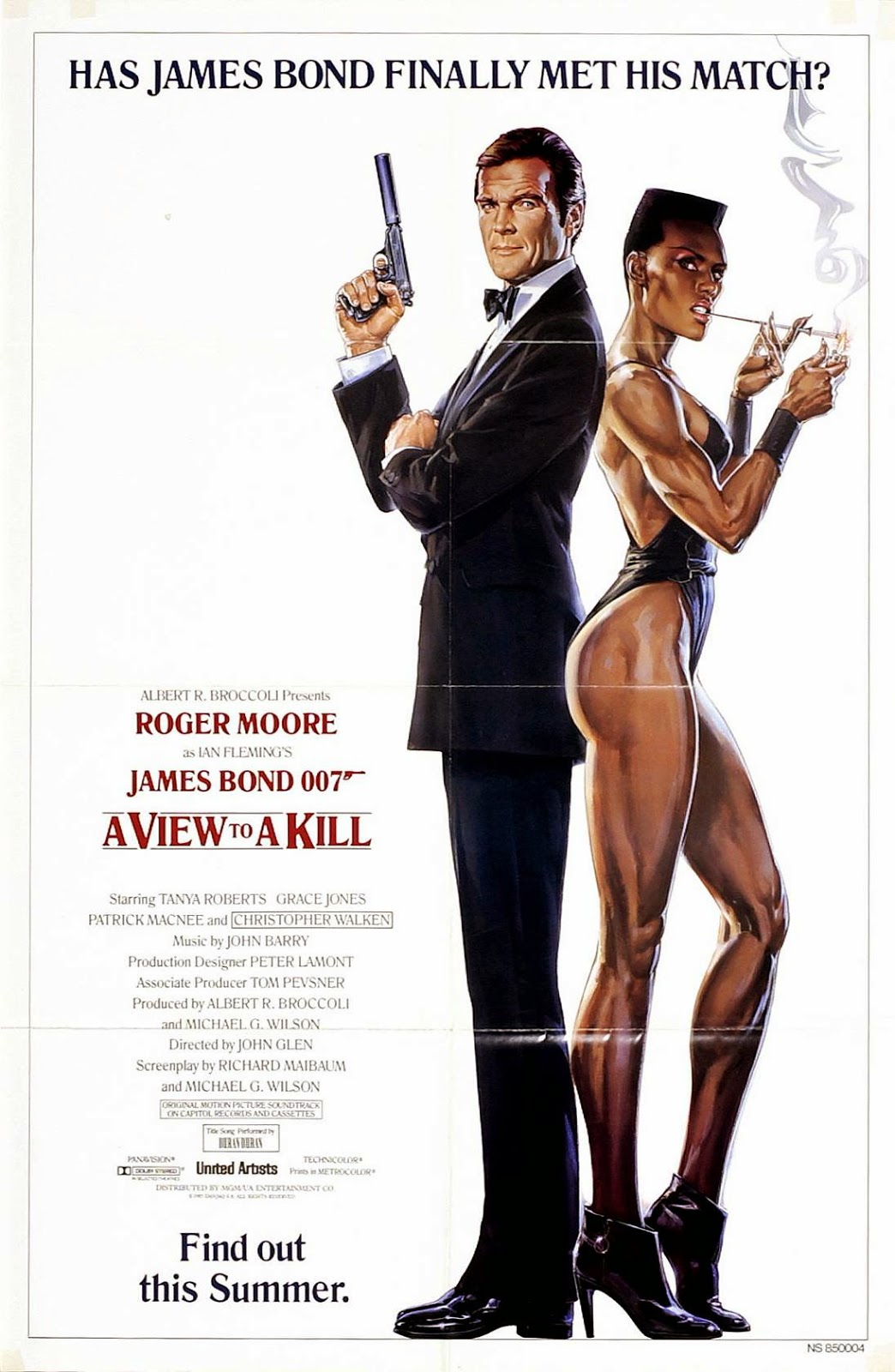 Bond is pitted against Max Zorin, who plans to destroy California's Silicon Valley.

In Paris it was planned that two stunt men, B.J. Worth and Don Caldvedt, would help film two takes of a parachute drop off a (clearly visible) platform that extended from a top edge of the Eiffel Tower. However, sufficient footage was obtained from Worth's jump, so Caldvedt was told he would not be performing his own jump. Caldvedt, unhappy at not being able to perform the jump, parachuted off the tower without authorisation from the City of Paris. He was subsequently sacked by the production team for jeopardising the continuation of filming in the city. -Wikipedia 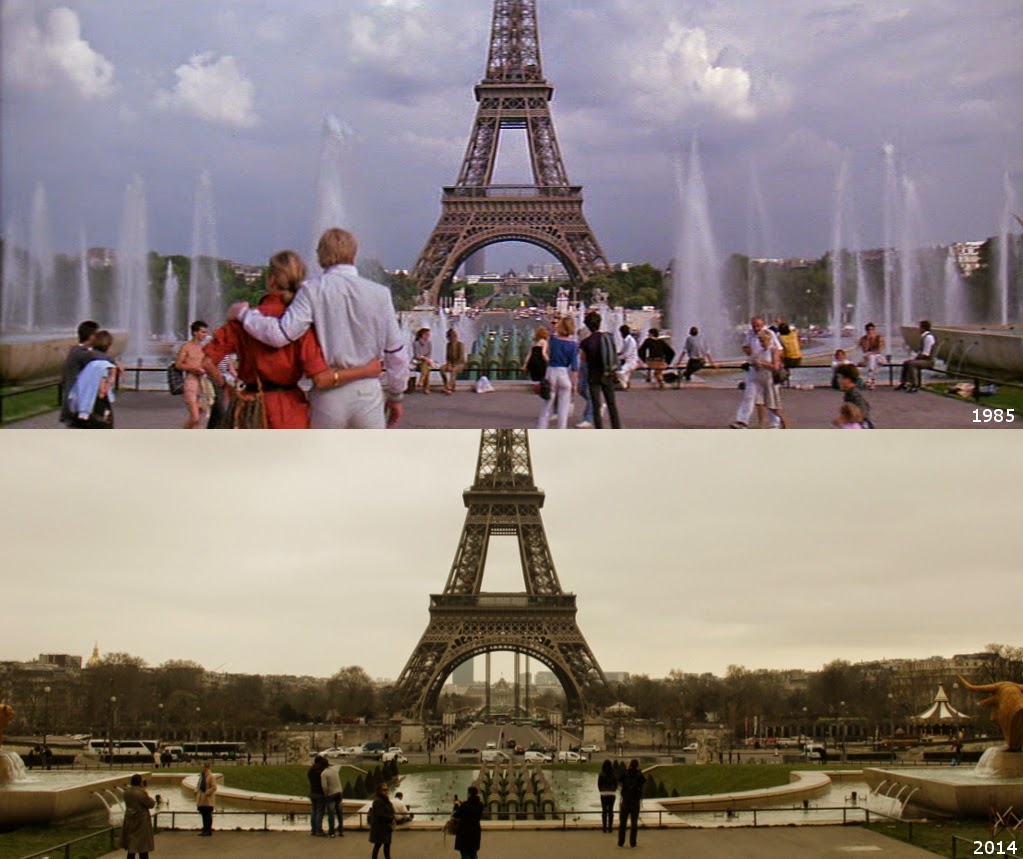 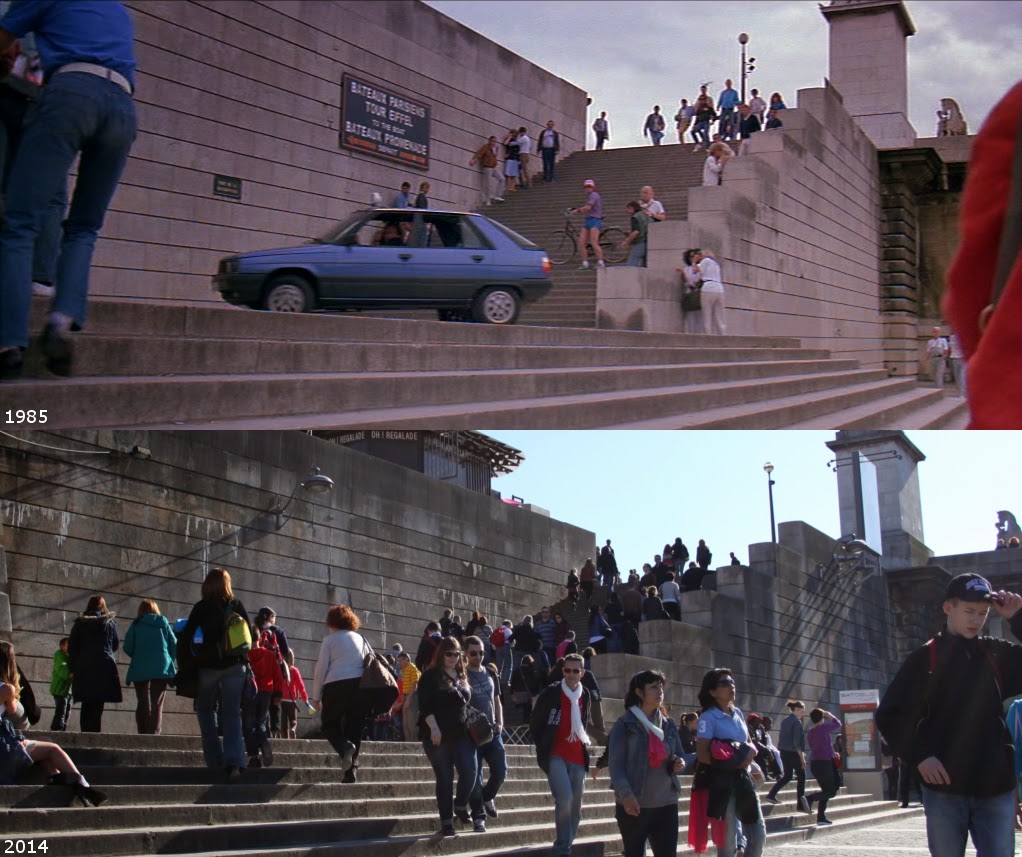 The chase begins at Eiffel Tower. 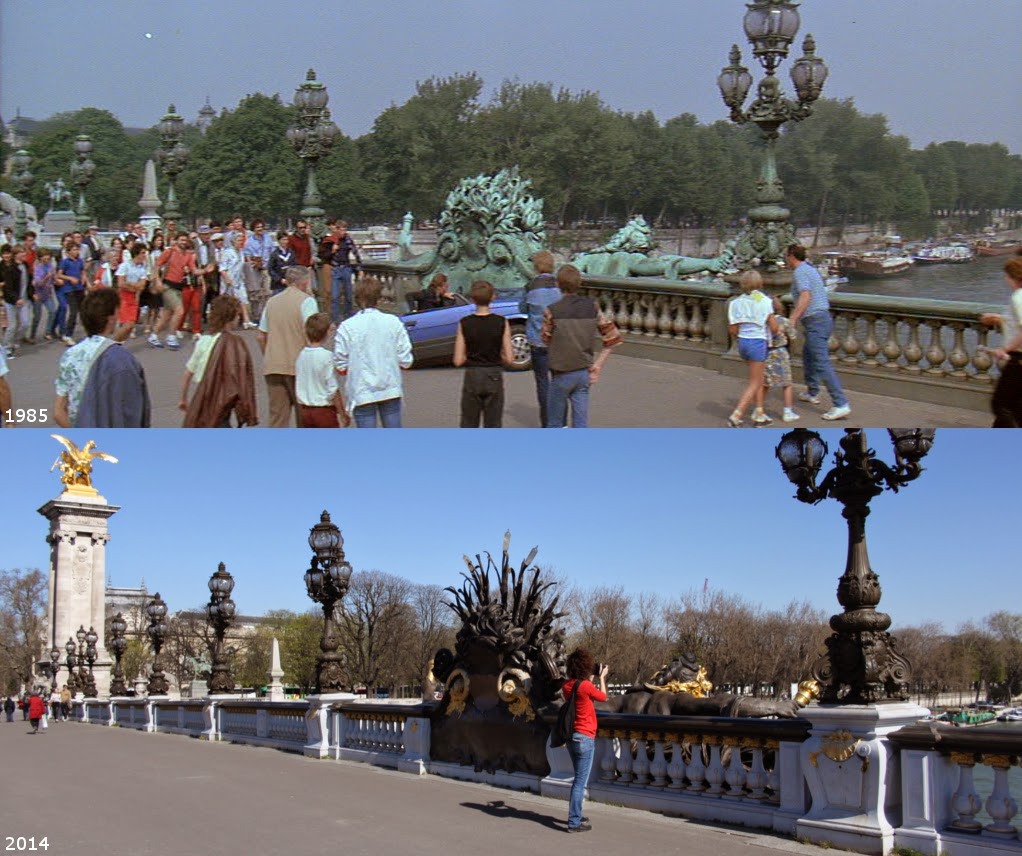 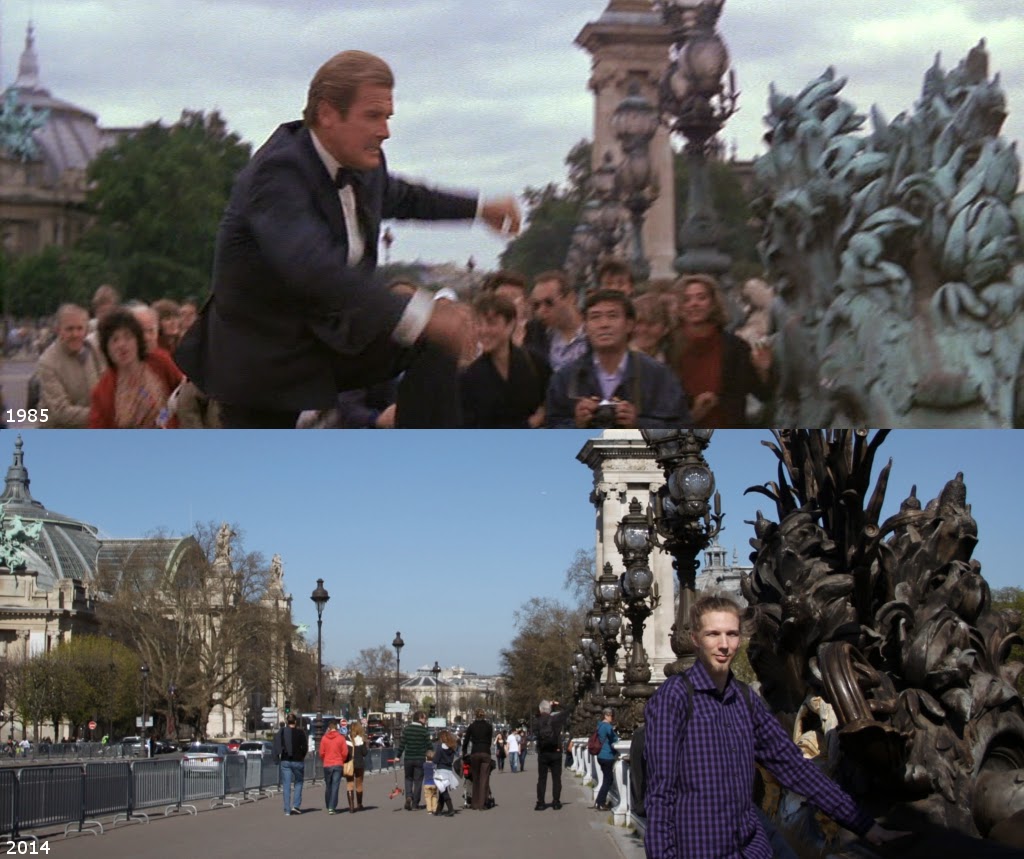 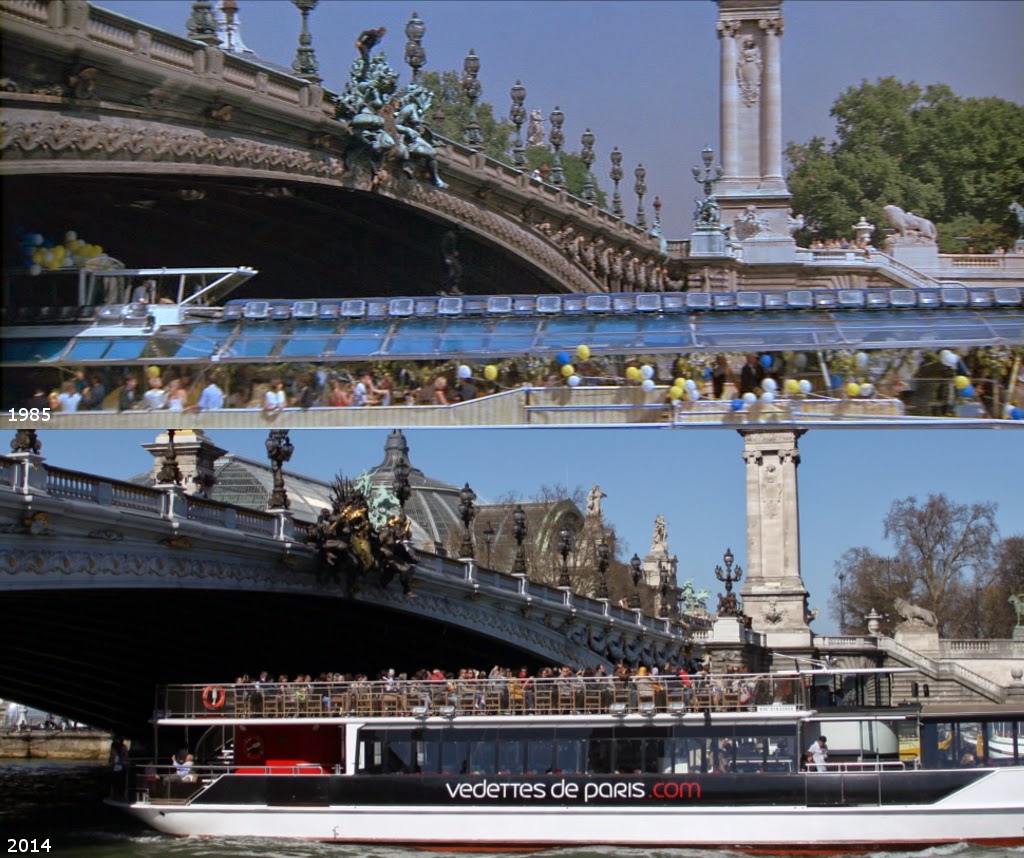 Posted by Jarno Mahlberg at 7:58 AM