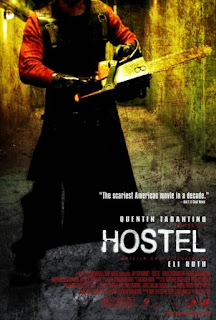 Hostel is a 2005 American splatter film written and directed by Eli Roth. It stars Jay Hernandez and was produced by Mike Fleiss, Eli Roth, and Chris Briggs, with Boaz Yakin, Scott Spiegel, and Quentin Tarantino as executive producers.
The film tells the story of two college students traveling across Europe, who find themselves preyed upon by a mysterious group that tortures and kills kidnapped victims.
Principal photography took place in the Czech Republic with many scenes being shot in Český Krumlov. Amsterdam scenes were filmed in Prague. -Wikipedia 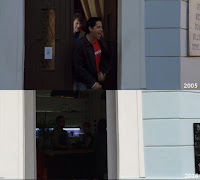 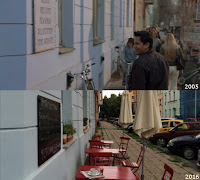 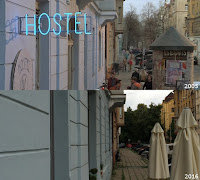 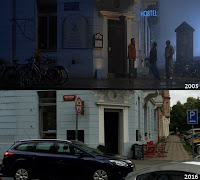 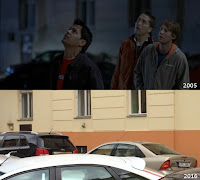 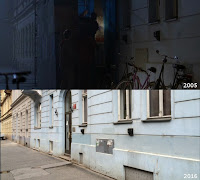 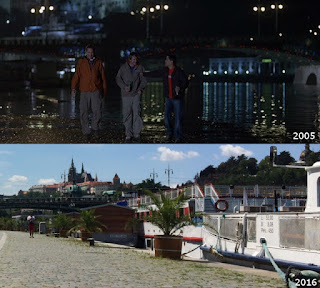 Guys coming back to the hostel.
Dvořákovo nábřeží. 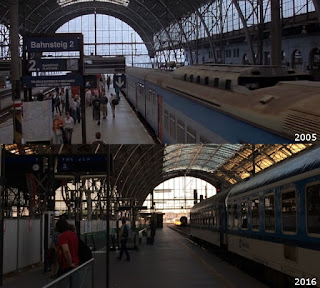