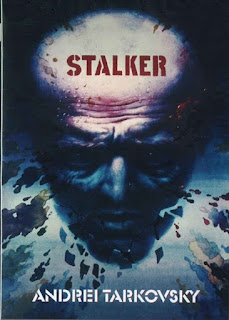 It depicts an expedition led by a figure known as the 'Stalker' (Aleksandr Kaidanovsky) to take his two clients, a melancholic writer (Anatoli Solonitsyn) seeking inspiration and a professor (Nikolai Grinko) seeking scientific discovery, to a site known simply as the 'Zone', which has a place within it with the supposed ability to fulfill a person's innermost desires.
The trio travels through unnerving areas filled with the debris of modern society while undergoing many arguments, facing the fact that the 'Zone' itself appears sentient while their path through it can be sensed but not seen. In the film, a stalker is a professional guide to the Zone, someone having the ability and desire to cross the border into the dangerous and forbidden place with a specific goal.

The central part of the film, in which the characters move around the Zone, was shot in a few days at two deserted hydro power plants on the Jägala river near Tallinn, Estonia.[8] The shot before they enter the Zone is an old Flora chemical factory in the center of Tallinn, next to the old Rotermann salt storage and the electric plant — now a culture factory where a memorial plate of the film was set up in 2008.
Some shots from the Zone were filmed in Maardu, next to the Iru powerplant, while the shot with the gates to the Zone was filmed in Lasnamäe, next to Punane Street behind the Idakeskus. Some shots were filmed near the Tallinn-Narva highway bridge on the Pirita River. -Wikipedia 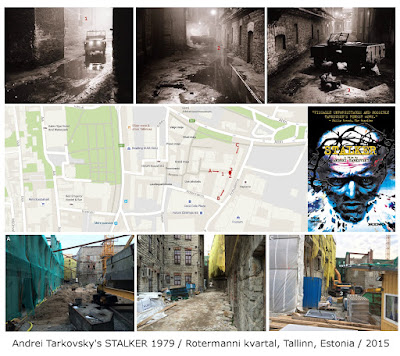 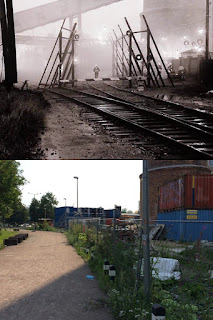 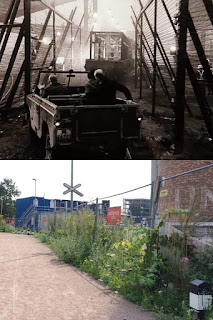 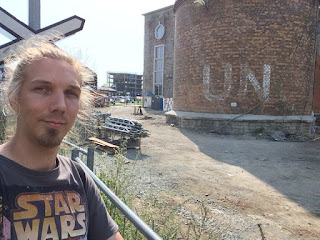 Posted by Jarno Mahlberg at 5:37 AM