Sam Dalmas (Tony Musante) is an American writer living in Rome with his model girlfriend Giulia (Suzy Kendall). Suffering from writer's block, Sam is on the verge of returning to America, but witnesses the attack of a woman in an art gallery by a mysterious black-gloved assailant dressed in a raincoat.

The Bird with the Crystal Plumage (Italian: L'uccello dalle piume di cristallo) is a 1970 Italian giallo film directed by Dario Argento, in his directorial debut. The film is considered a landmark in the Italian giallo genre. Written by Argento, the film is an uncredited adaptation of Fredric Brown's novel The Screaming Mimi, which had previously been made into a Hollywood film, Screaming Mimi (1958), directed by Gerd Oswald. - Wikipedia 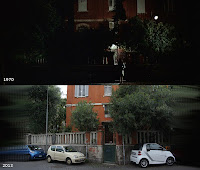 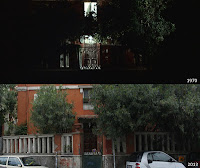 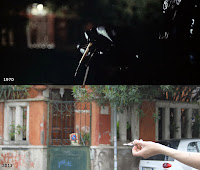 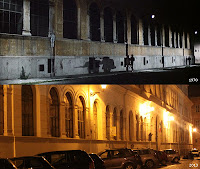 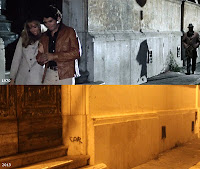 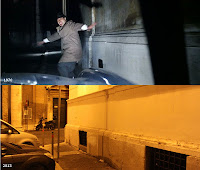 Sam and Giulia walking and the chased at Via della Madonna dell'Orto. 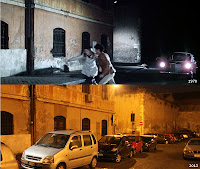 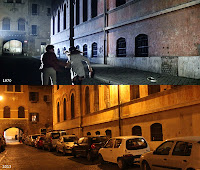 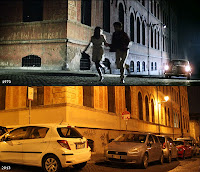 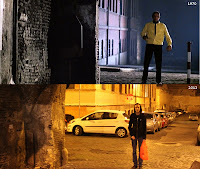 Chase continues at Via Anicia. 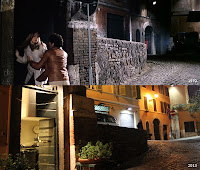 Sam hides Giulia in a doorway at Via dell'Arco Dètolomei.